Stanzas are lines of verse or poetry grouped into single units and separated by at least one double-spaced break.  Stanzas are named based on the number of lines they contain.  A BEAT COUNT is a delineation of the number of STRESSED syllables per line  in a stanza that is written in Meter. 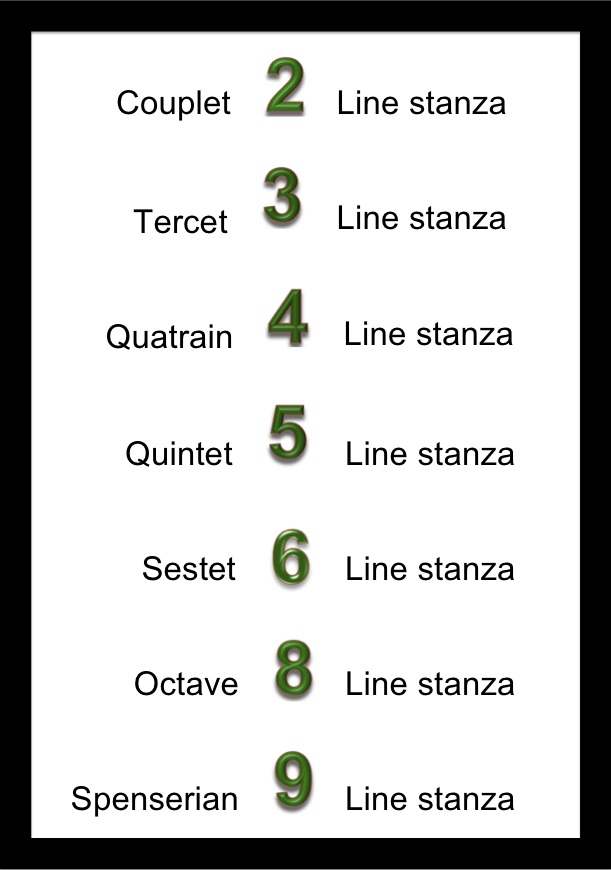 A beat count represents the number of STRESSED syllables in each line of a given stanza.  STRESSED syllables can also be referred to as Beats, or downbeats, but generally just Beats. I think this usage is stolen from music, but I don’t know that much about music so feel free to email me if I made that up.  A Beat Count is written as a series of numbers separated by slashes.  Like this:

While Beat Counts are useful for notating basic rhythmic structures, they do not tell you anything about the specific Meter used in a Stanza or work.  Notice that a Beat Count only represents STRESSED syllables; UNstressed syllables are not accounted for.  So a Beat Count that looks like this 3/2/3 could represent either of the stanzas below.  As you can see, they would be very different Stanzas, despite the fact that they have exactly the same Beat Count.  Notice that there are exactly the same number of beats/boots in each box. 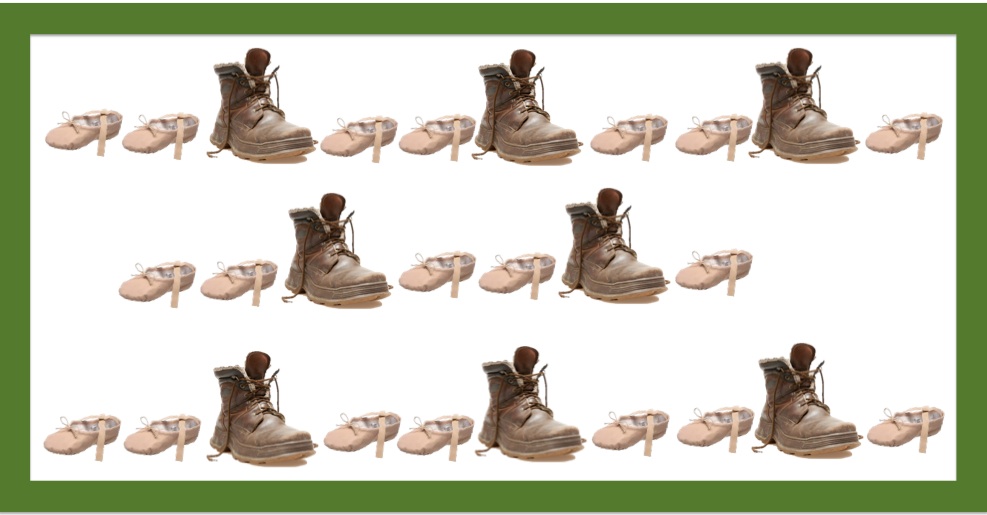 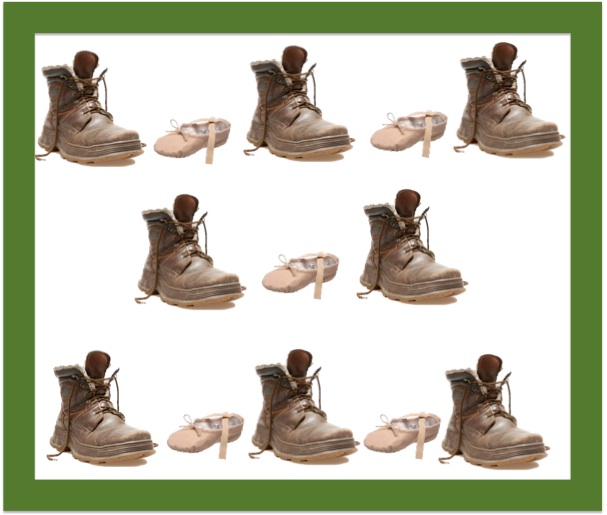 Edmund Spenser’s The Faerie Queene is approximately 55,00 lines of Iambic verse grouped into about 6000 Stanzas. Each Stanza is nine lines.  The Beat Count looks like this 5/5/5/5/5/5/5/5/6.  The first eight lines of each Stanza are written in Iambic Pentameter, which has 5 STRESSED syllables, but the ninth line is Iambic Hexameter, which has 6

STRESSED syllables.  This ninth line is called an Alexandrine because it has twelve syllables, but an Alexandrine can have many other specifications.  A Stanza with nine lines isn’t always called a Spenserian, in honor of  Edmnd Spenser, but it’s a pretty famous type of Stanza with a very specific Rhyme Scheme and Beat Count.   The Faerie Queene is the longest poem ever written in the English language, and Spenser died when it was only half finished.  He died broke.