208. Consonance, Assonance, and Alliteration: The sneakiness of SOUND

All three terms, Consonance, Assonance, and Alliteration describe different types of sound repetition.  A Rhyme is also the repetition of sound but it has a lot of specific requirements. The definitions of Consonance, Assonance and Alliteration can get a little blurry, but none are as complicated as Rhyme. Try not to worry as much about the definitions, as about how each can be used to improve the sound of your story or poem. 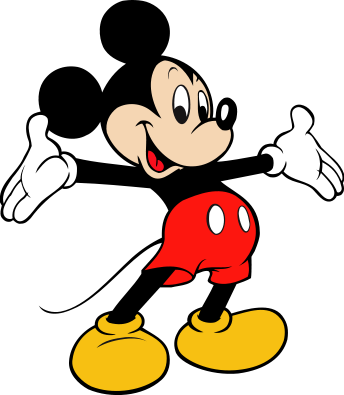 Alliteration is the repetition of the initial sounds of adjacent words.  And thanks to Cartoons, this one is easy for us:  Mickey Mouse, Donald Duck. Then there were the Looney Tunes guys: Bugs Bunny and Daffy Duck. We just repeat that first syllable in adjacent words and we have mastered Alliteration.

Alliteration can even keep going beyond two words:

But what about Yosemite Sam?  Remember him and his violent double fisted mustache?  Here’s where
the definitions can get tricky, but don’t worry, there is NO TEST.  There is an alternate definition of Alliteration that says Yosemite sam IS actually Alliterated.  Here’s why.  See that S in the middle of  yoSemite?  While it isn’t the first letter of the word, it is the first letter of the syllable.  Some definitions of Alliteration merely require that first letters of nearby STRESSED syllables are the same.  So, if you look at the distance between the Ms in Micky Mouse and the Ss in Yosemite Sam, they’re both two syllables apart and they’re both the initial letters of adjacent STRESSED syllables.  So, is Yosemite Sam Alliterated?

Who knows?  It SOUNDS good.  The first definition of Alliteration is the most common, so keep that one for the archives, but know that some old dusty dictionary (or professor, no disrespect intended) somewhere will have a slightly more expansive take on it. And look below at the definitions of Consonance and Assonance.  Personally, I think Yosemite Sam is better defined as Consonance.  But the definitions aren’t the point; the point is that using any repetition of sound makes a story or poem SOUND better.

Basically you can break it down like this.
There are two kinds of letters:

Assonance likewise, is the repetition of Vowels

Consonance is the repetition of Consonants.

Like Rhyme and Alliteration, Consonance and Assonance give your story or poem a more unified SOUND.  Any time a sound is repeated the reader or listener feels that sense of harmony or continuity.  It is not a coincidence

that the definition of Consonance is accord or agreement, or also harmony of sound.  So, the more sounds you repeat, the more harmony.  In the lines below, repeated sounds are highlighted in the same color.